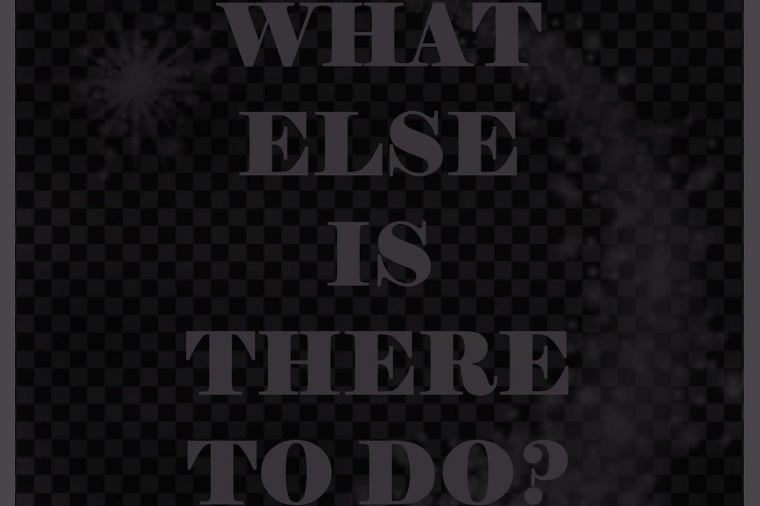 The first five seconds of Dead Ensign Q: What else is there to do? gives me a powerful sense of foreboding that I haven’t felt from a piece of music since Thom Yorke’s Suspiria (Music from the film by Luca Guadagnino).

The album as a whole is not Suspiria-like, however. It’s more like a synth-pop incarnation of Evil Dead II. For example, â€œKill Your Grandmaâ€ contains lyrics that, facetious or not, are both horrible and hilarious. I can’t say if it’s “I hope you are going to kill your grandmother” or “I hope you are going to fuck and kill your grandmother”. Anyway, yuck yuck yuck.

Gloomy, minimalist, and well-crafted rhythms prevent such lyrics from drifting into the realm of the absurd – or, worse, parody. Instead, all of the comedic elements retain the mark of a satirist. Mid-century French anarchists would be big fans. If they had TikTok, their anthem would be “Jerk on the Company’s Dime”. They played it on flash mobs during rush hour to panic the places.

The technique, background, and artistic goals of Dead Ensign are for the most part a mystery. I wish I could lay down, but this dude might be the craziest cocksucker I’ve ever interviewed. I don’t really know if Dead Ensign is one person. Is it a group? Or an artistic project?

Answer: â€œThere are many of us, no further information is required.

It reminds me of the language used by Anonymous – as in the loose quasi-political collective born on the / b / painting of 4chan – so let’s assume for now that Ensign is a solo male under 40 and uses pronouns he / him. Most of the album’s subjects support this theory.

â€œWe gave the kids a PS4 (I love Minecraft)â€ is perhaps my favorite track. He makes the best use of the bit-punk midi style elements present throughout the album as well as the most appreciable lyrics. â€œHomiesexual (Gotta Love Your Homies)â€ might make more sense, but no feeling is as universal as â€œI just wanna play my video gameâ€.

Most of the album is personally relevant. The subject is familiar. The singer almost seems bored, even through surprising punches like â€œWeekend At My Mom’s House,â€ when you can’t decide if it’s sweet or sad until you realize it’s both.

Bookended by Benadryl (“… an excellent sleeping pill,” says Dead Ensign, “sometimes you have to create a break for yourself, but be careful.”) And nightmares, * Q: What Else Is There To Do? * is available on Bandcamp at your own price. In other words, it is possible to download it for free, but don’t be stupid. Support independent artists in the Midwest, especially experimental creators who ask for your engagement.

Follow Dead Ensign on Bandcamp and keep an eye out for a follow-up project.

This article originally appeared in issue 301 of Little Village

Thoughts? Tips? A nice photo of a dog? Share them with LV Â»[email protected]