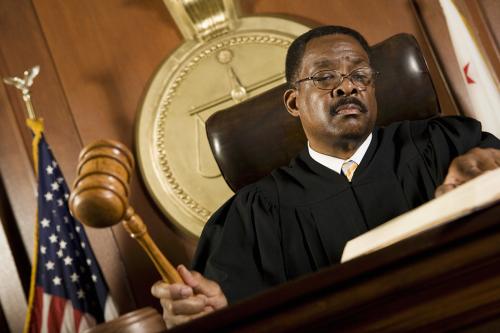 California Court of Appeals Rules in Sale of Business Lawsuit

California law generally prohibits the enforcement of non-solicitation agreements, but the law includes a narrow exception associated with the sale of a business. In Blue Mountain Enterprises, LLC vs. OwenA recent decision by the California State Court of Appeals, First Appellate District, the Court of Appeals upheld a decision in favor of a business purchaser under this exception.

In California, contractual provisions that restrict a person from carrying on a profession, trade, or business are generally void, pursuant to Section 16600 of the Business and Professions Code. As the California Supreme Court noted, “Section 16600 exemplifies an established legislative policy in favor of free competition and employee mobility.

This exception has become the central issue of the blue mountain case described below.

A Californian sells his business, Agrees not to solicit… but then gets fired and solicits

The dispute in blue mountain was born out of a transaction in which a business owner, Gregory Owen, sold his heating, ventilation and air conditioning (HVAC) business to an investment group. The transaction involved four contracts and took place in several stages. First, Owen transferred his entire stake to a newly formed limited liability company (LLC). Owen owned 100% of the new LLC when it was formed, but four days later the investment group purchased 50% of that LLC, for which Owen received $3 million. Owen retained the remaining 50%. In a contemporaneous employment agreement with the LLC, Owen agreed to serve as the new company’s managing director. The employment agreement contained one restriction: Upon termination of his employment, Owen could not solicit LLC clients for a period of three years.

About four years later, the company fired Owen. Prior to the expiration of the three-year non-solicitation clause, Owens formed a competing business and emailed several LLC clients. He informed them that he had started a new business “with a bigger perspective, more resources and a much stronger team.” The team included two former LLC employees. Owen concluded his letter with this note, “I thank everyone who supports us in this transition and I look forward to the remarkable opportunities we have ahead of us with our new company.”

Soon after, one of the LLC’s clients invited Owen to bid on a project. Additionally, Owen submitted offers to several other clients.

The LLC sued, alleging breach of contract, among other claims, and sought an injunction to restrain Owen from soliciting clients. The court granted the injunction, which ultimately remained in effect until the end of the three-year restraining period. The court also awarded the LLC $596,114 in costs and $84,125 in costs.

The non-solicitation covenant is binding

The appeals court ruled that the three-year non-solicitation clause in Owen’s employment contract was enforceable.

Owen argued that the seller’s exception in Section 16601 should not apply. He pointed out that when he transferred his interest in the new LLC, he owned 100% of the LLC. Four days later, the investor purchased 50% of the new LLC. In his view, he simply “consolidated all of his businesses into one LLC through a contribution agreement,” and he “did not sell or assign any of his business or membership interests” to investors.

The court rejected this claim. Reviewing the entire transaction, which occurred despite several agreements reached over several days, the court found that Owen had “sold” or “otherwise disposed of” all of his interests in his business to the newly formed LLC. The fact that he had a stake in the new LLC did not matter.

The court also rejected Owen’s argument that because the non-solicitation clause was in his contract of employment, rather than the contract of sale of business, it could not be enforced. The court determined that the employment contract was part of the whole transaction, which involved several agreements that “must be read together”. The court said:[The LLC’s] The ability to enforce the non-solicitation clause is not negated by the fact that this provision is in one contract in a multi-contract joint venture rather than another.

The court rules on the meaning of “solicitation”

The appeals court also determined that communications sent by Owen to clients constituted “solicitation” in violation of his agreement.

The court began with the premise that a solicitation does not include a general announcement or advertisement informing the public of a new business. Citing an earlier case, the court said that “‘[m]Informing the clients of his former employer of a change of employment, without more, is not solicitation. Nor does a willingness to discuss business at the invitation of another party constitute a solicitation by the invitee. Equity will not prohibit a former employee from receiving business from clients of his former employer, even if the circumstances are such that he should be prohibited from soliciting such business.

The court found that Owen’s letter included elements of solicitation. “The letter was specifically addressed to his ‘past and potential future clients,'” the court wrote. “He bragged that his new venture…was a superior alternative to [the LLC]having “a bigger perspective, more resources and a much stronger team”, including two former [LLC] employees who have combined [brought] over 100 years of experience in the HVAC industry. “The court said that”[t]he letter was a direct call for future work and was sent directly to some representatives of [the LLC’s] corporate customers. Thus, the letter constituted a legal solicitation.

Accordingly, the Court of Appeal upheld the decision of the court of first instance. Additionally, the appeals court determined that the trial court properly awarded the buyers $596,114 in attorneys’ fees and $84,125 in costs.

A narrow exception applies to a seller of a business that sells its entire interest. Courts may review the entire transaction to determine whether this exception applies. An employment contract containing a restrictive covenant may be enforceable if it is part of an overall transaction involving the sale of a business. Companies may want to ensure that they properly structure business acquisitions so that non-solicitation agreements can be enforceable in California.

If the strict exception applies, general announcements or advertisements probably do not constitute a solicitation. Language that constitutes a direct appeal for future work in communication sent directly to certain clients may violate a non-solicitation agreement.