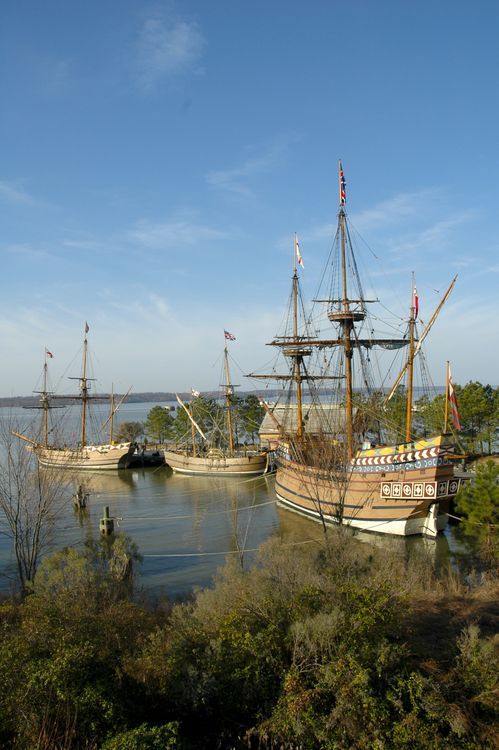 As a history buff, I particularly enjoy traveling to historical sites to walk the ground where significant events occurred.

There’s something magical about being in a place you’ve heard of. It gives you a better idea of ​​place and time and helps you better understand the events and personalities of historical events.

One of my favorite places to visit is Jamestown, Virginia. Founded in April 1607, it was the site of the first successful European settlement. It is true that before the settlers of Jamestown, there were others who came from Europe, such as the Viking colonies in Newfoundland. But they had little impact on the society we have built today.

Jamestown celebrates the tenacity and, let’s face it, the foolishness of the company of adventurers who set out, abandon everything they know, and race for the New World. But it’s important to remember that they would never have survived without the help of the indigenous Powhatan people in the early years. Relations then took a sour turn and the conflict quickly developed. It was a conflict that indigenous peoples were doomed to lose. War, diseases such as measles and smallpox, and the growing number of European peoples overwhelmed indigenous society.

They were different times with different ideas of good and evil.

Jamestown is also a notable site in the history of black slavery as the settlers learned to grow tobacco, a lucrative crop. In 1619, Portuguese slavers brought 24 Angolans as slaves. The English settlers bought them and started a plague of 250 years of black slavery in North America.

Today, Jamestown is a pleasant tourist site managed by the national park system. A slightly sanitized version of Jamestown’s history is told under the guidance of young archaeologists, who interpret the story through a modern lens. You can visit real archaeological digs and watch artifacts make their first appearance in 400 years.

The whole region breathes history. All within a 50 mile radius are Jamestown, the first long-term settlement, Williamsburg, a former state capital, Civil War battlefield and living history museum, and Yorktown, famous for the independance War.

If you want to visit this area, it is best to plan to do so as soon as the water levels in the Chesapeake Bay rise and the historic site is expected to be underwater in the next few decades. This is due to the melting ice of Greenland and the Antarctic continent which spews water into the oceans, significantly increasing their level.

It’s a trend that will continue, according to the National Oceanic and Atmospheric Administration, which has documented an increase of 20 to 23 centimeters since 1880 and also says high tide flooding has increased 900% in frequency in the past. . 50 years.

Jamestown isn’t the only historic site in danger due to climate change. Indeed, every historic site near the ocean will have to deal with this problem in the next hundred years. Since most early settlements took place near oceans, as most of our settlements are today, the majority of our cities are also in danger.

Two million dollars have been raised to build a levee to hold back the waters of Jamestown, but that only puts a band-aid on a bigger problem. We must take climate change more seriously or we will have to pay a much higher price to save not only our historic sites, but also our cities.

Tim Philp has loved science since he was old enough to read. Having worked in technical fields all his life, he shares his love of science with his readers every week. He can be reached by email at: [email protected]