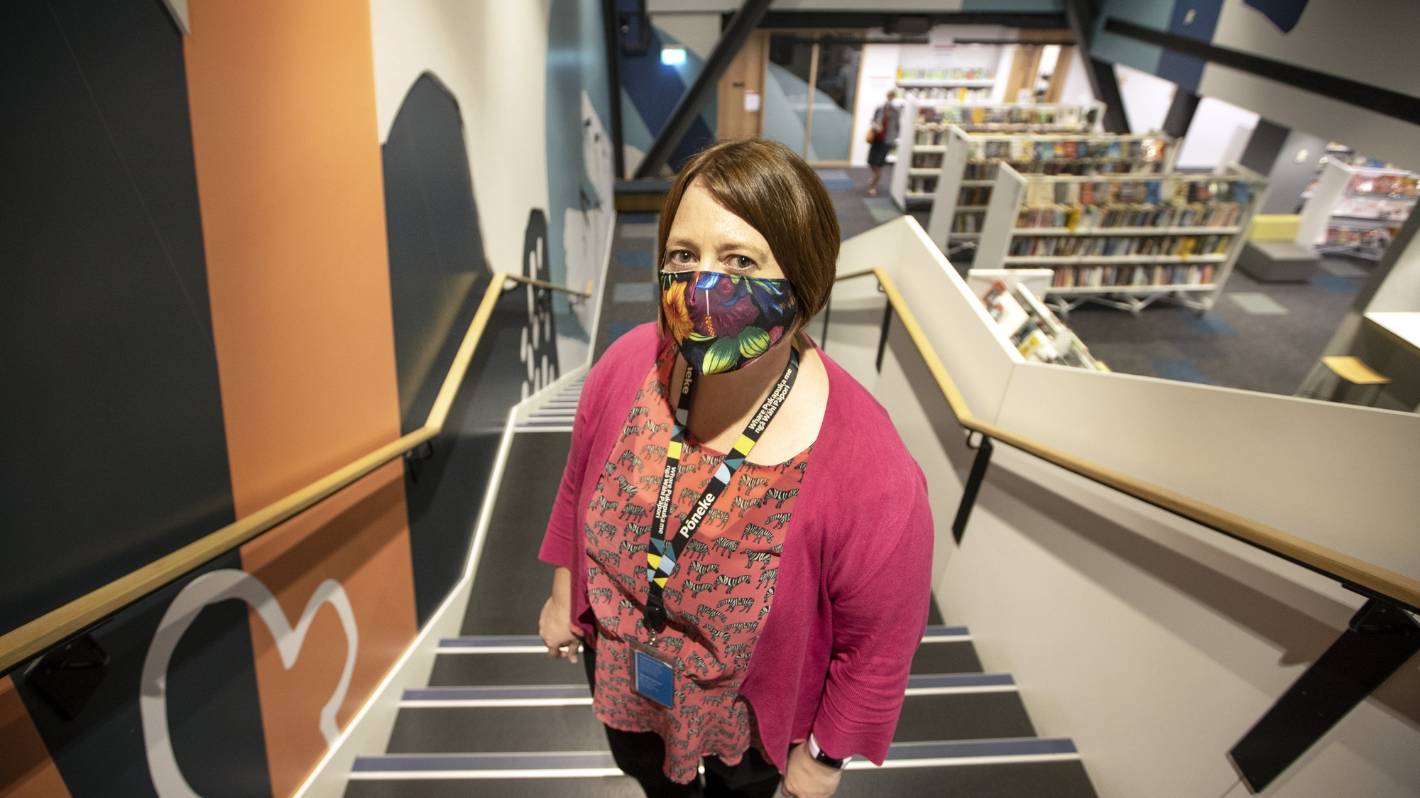 Aggressive patrons were rare in Wellington libraries. Now, as tensions over Covid erupt, library staff are yelled at and abused almost daily and there are security guards in all branches.

“Just recently one of my guards was called a Nazi for enforcing the rules. We also just had a lot of swearing, calling people incompetent and people questioning our professionalism, ”said Laurinda Thomas, Director of Wellington City Council Library and Community Spaces.

These are just a few examples of how people, increasingly irritated by the Covid pandemic and the restrictions and rules it has brought, are expressing their frustrations with people working in touching roles. direct with customers.

The confrontation has become so serious under the Covid-19 restrictions that Wellington City Council recently released a video featuring everyone from parking lot wardens to gardeners, describing the abuse inflicted on them, including when they are not in service.

Covid-19 had increased people’s stress and requests to wear masks were often the last straw for many, Thomas said.

“There is definitely an increased level of anxiety. I have probably dealt with more complaints myself in the past month than during my entire time in this position for the past three and a half years.

READ MORE:
* New police unit will target abusive retail customers
* Business owners predict consumers will be cautious when retailers open on Wednesday
* A plywood box in the back of a liquor store, housing one of estimated 3,000 modern New Zealand slaves

On Monday, police said they would establish a new unit to tackle assault, violence and anti-social behavior against workers in the retail and service industries.

The National Retail Investigation Support Unit will target retail recurrences, focus on staff safety, as well as crimes such as theft and shoplifting.

Police Commissioner Andrew Coster made the announcement during the Retail NZ Summit on Violence and Antisocial Behavior in the Great Hall of Parliament on Monday.

Retail NZ chief executive Greg Harford said aggression and violence against workers has doubled in the past year.

“Traders have the right to come to work and return home every day without feeling in danger. However, retail teams are often threatened and abused in-store, online or over the phone, and are increasingly subjected to physical or even sexual assault in-store, ”said Harford. “This is totally unacceptable.”

Ana Warnock, who runs The Sewing Depot in Petone, said she was forced to close to the public after repeated explosions from abusive customers and an increase in thefts.

“I’ve been thrown stocks, I’ve had people yelling at me, saying I’m an incompetent, lazy liar,” she said.

The store is now more focused on online sales and takes in store only by appointment.

“I noticed that the younger my staff, the worse they were treated,” she said.

Several of its employees had left the company and the retail industry altogether in recent months.

Annabel Turley, President of the Central City Business Association of Christchurch (CCBA) and owner of a number of drugstores, said she was “pushed through the drugstore” by a shoplifter she asked to leave.

“I have noticed, since Covid arrived, that there has been a lot more abuse of staff and also a lot more theft.”

“It’s physical and verbal. These days, people often think that people who work in retail have no feelings.

She said she was skeptical whether the new police unit would have enough officers to be effective.

Alexandra Pharmacy owner and pharmacist Angela Liu said most people in the Willis St store are behaving well, but “there is an increase in the number of rude and aggressive people.”

This included some people not wanting to go to the store or get upset about wearing a mask, she said.

At the nearby Rogue and Vagabond, bar owner Gwilym Waldren said the increased angst was stressful for staff and customers.

The root of the problem was that different premises applied the Covid rules for reception places differently. This led to customers becoming confused, and sometimes angry, when they could do something in a pub but not in hers.

He got a one-star review from a bettor this week saying “the friendly Snape is being killed by Covid.”

“There is no assault or physical violence here,” he said.

“It’s just a general feeling of dissatisfaction on the part of customers and staff who have to deal with the current situation.”

Camrades Army Surplus owner on Cuba Street, Isabelle Asbridge, hadn’t noticed an increase in tension from customers, but said there had been a lot more people on the street acting “ridiculously” “.

At the bar, JJ Murphy and Co, duty manager George Hass, said there had been no problems and the customers had been friendly and well behaved.