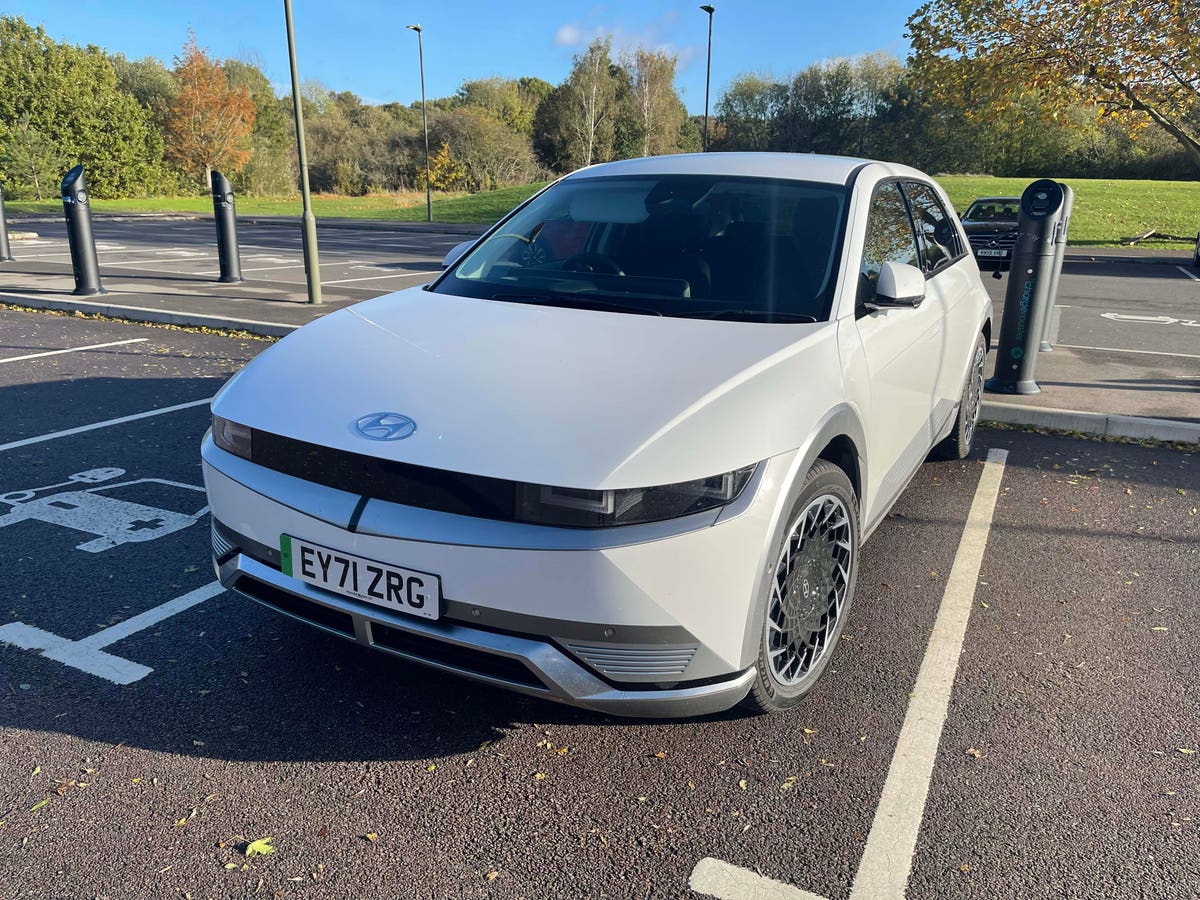 Does Hyundai have what it takes to challenge Tesla?

Every new electric car that comes out seems to be positioned as a ‘Tesla killer’, but for some it’s more appropriate than others. The IONIQ 5 is the first car to arrive under Hyundai’s new all-electric IONIQ brand. While other Hyundai EVs aimed to offer quality at a great price, the IONIQ brand is more Lexus-like than Toyota. It is supposed to be of uncompromising quality and not necessarily cheap. In this regard, the comparison with Tesla is appropriate.

Let’s start with its appearance. The IONIQ 5 is an incredibly futuristic design. Its angular shape and serious frontal aspect are extremely eye-catching. Not everyone will like it, and some even think it’s downright ugly. But this car makes a statement before you even start driving it. On the Ultimate AWD version I had to test, the giant 20-inch wheels with their silver plastic surrounds provide a muscular stance.

Hyundai also performed a magic trick with the proportions of the IONIQ 5. If you look at it away from other vehicles, you’ll think it’s a lot smaller than it actually is. In fact, the template is not far from an Audi Q4 e-tron, which is firmly placed in the category of mid-size SUVs. Essentially, the IONIQ 5 is an SUV that somehow manages to resemble a compact sedan from a distance.

It’s a big car, though, and it really benefits the interior and cargo space. The front seats are roomy and can recline all the way so you can rest, but not while driving. The rear passengers also have plenty of legroom and good head height. With the Ultimate edition I had, the center console can be moved forward and back. This can give the rear center passenger more legroom when facing forward and allow the driver to slide back easily.

The interior design differs greatly from previous Hyundai cars. A steering wheel joystick is used to toggle between driving, reverse and neutral, with a button on the end for parking. There is a button on the steering wheel to change driving modes, with Eco, Normal and Sport options. If you hold this button down, it activates Snow Mode, which could be useful as the huge torque of electric cars can be problematic in slippery conditions. It didn’t snow during my trial period so I wasn’t able to try it out effectively.

The interior screens consist of two 12.3-inch screens, one for the dashboard and another for the infotainment system. Some aspects of the latter are reminiscent of previous Hyundai cars, but the dashboard display is designed in a flamboyant fashion, with speed on the left and charge / regeneration information on the right, the remaining range being indicated digitally. The Ultimate trim car I had also offers a HUD. Unlike previous Hyundai’s, this one does not project onto a panel emerging from the dashboard, but directly onto the windshield. It’s a great example of its kind, displaying speed, current limit, navigation information, and blind spot detection.

There are three drivetrain choices and three trim types, but the entry-level SE Connect only ships with one drivetrain, meaning there are only seven combinations. The base transmission combines a 58 kWh battery and a 170 hp engine, which is your only option with the SE Connect trim. However, if you choose the Premium or Ultimate versions, you can go for a rear-wheel drive option combining a 73 kWh battery and a 217 hp engine, or an all-wheel drive option with the same battery but 305 hp.

The IONIQ 5 I drove was the all-wheel drive version, and it’s a huge pleasure. In Sport mode, it inspires confidence with reassuring and purposeful handling, plus the ability to reduce power exactly when you want it. It might be a big, heavy car (almost 2.1 tons), but it’s more agile than that. It can hit 62 mph in just 5.2 seconds, although the 217PS car is slower, taking 7.4 seconds, and the 170PS still drops to 8.5 seconds. I would still rate a Tesla Model 3 Long Range or Performance much higher, but the IONIQ 5 AWD rivals the Tesla Model Y I recently drove for the driving experience.

One of the most unique features of the IONIQ 5 is its Vehicle Cargo Capacity (V2L), which is provided inside and outside the vehicle. Inside, between the two rear seats at foot level is a sliding panel covering a conventional UK 13a outlet, into which you can plug whatever you want up to 3,000 W. This will be very probably from your laptop’s AC adapter or entertainment device. This is not entirely unique – the Honda e also offers this option for the front passengers on some models.

The really unique feature is that the IONIQ 5 can provide external power through its CCS port. An adapter can be plugged into the AC Type 2 part of this port and convert it to a standard UK 13a plug (or possibly other types of plug depending on the region). This can then deliver power of up to 3.6kW to any device you want. I was able to charge another EV using this connection, but you can power a camping fridge, a projector for an outdoor cinema, or the compressor for a bouncy castle. The possibilities are limitless.

IONIQ 5: Can it really challenge Tesla?

Finally, we return to the question posed at the beginning: how does the IONIQ 5 compare to a Tesla? The Model 3 Standard Plus Range and Long Range are faster than the similarly priced IONIQ 5 models, but offer less room for rear passengers and much less room for cargo. The Model Y has slightly better performance than the IONIQ 5 AWD, but a lot more cargo space. The lineup is the biggest shortcoming compared to the Teslas, however. The smaller IONIQ 5 battery handles 238 miles, while the larger rear-wheel drive battery delivers 298 miles, and the all-wheel-drive car 267 miles – all behind what Tesla offers. Balancing is the 800V subsystem, which enables fast DC charging. With enough power, you can recharge the largest battery to 80% in just 18 minutes.

The range, however, is the only real flaw in the IONIQ 5’s armor. Otherwise, the car is a tour de force. It has well-made technology, has plenty of space for passengers and cargo, and drives very well. Maybe it doesn’t challenge Tesla in every aspect, but it shows that Hyundai can make a brilliant EV that can take a technological lead, and not just offer something that simply compares well to the competition.