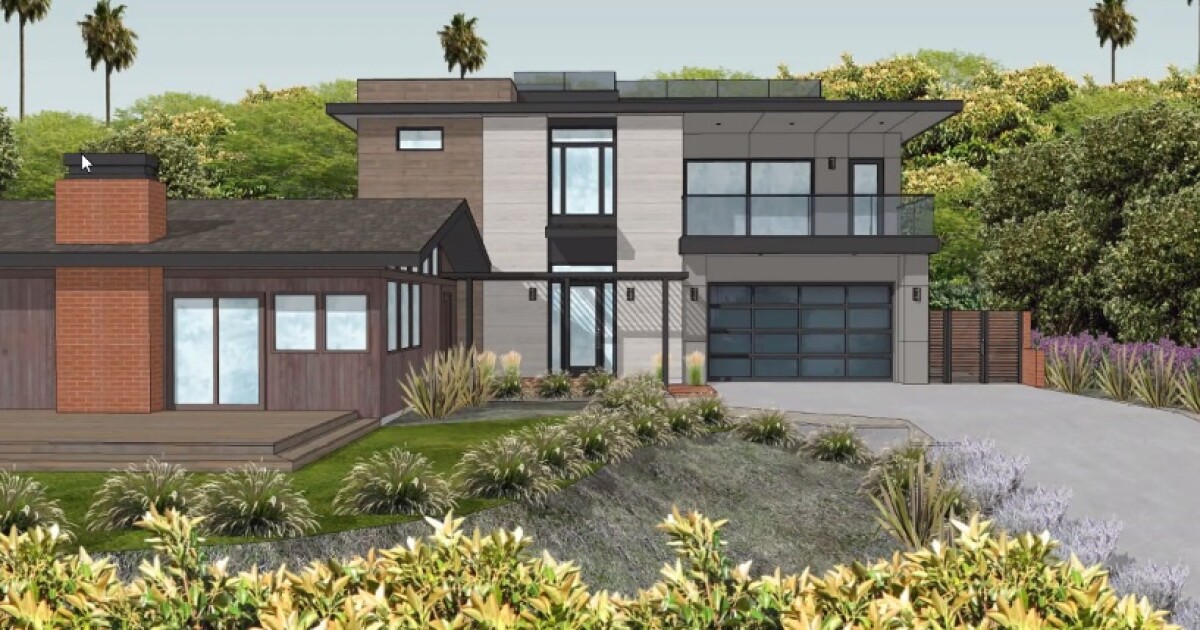 Two projects that were submitted to the La Jolla Shores Permit Review Committee in previous meetings came back this week, with different results. A proposal to add an accessory dwelling unit to a property on Avenida de las Ondas won the committee’s support. The other project, to build a house on vacant land in Via Capri Court where a historic house once stood, will have to come back.

After months of reviews and revisions, PRC trustees voted June 20 to support the construction of a secondary suite next to a historically designated home at 8445 Avenida de las Ondas.

Because the original home on the property is designated historic, ADU’s designs follow the Secretary of the Interior’s Rehabilitation Standards, which state that “new additions, exterior alterations, or related new construction shall not must not destroy the historic materials that characterize the property. The new work should be differentiated from the old and should be compatible in volumetry, size, scale and architectural features in order to protect the historic integrity of the property and its setting.

Some PRC admins argued that previous ADU designs were a bit too different to be compatible.

Morton said previous iterations of the renovation used lighter colors and were “high contrast to the original house”.

“These changes, in our view, address concerns about the home’s overall color palette and…would be appropriate,” he said.

Okay, Acting PRC President Janie Emerson thanked Morton for “reworking that” and “toning down the colors”. This makes [the project] so much more palatable.

A motion that findings can be made to support the project is carried unanimously.

The proposed work is to demolish a garage and build a two-story structure with a “small guest room, exercise room, bathroom, utility room [and] very deep two-car garage” on the ground floor, Morton previously said. The top floor would be a 1,191 square foot one-bedroom ADU that would serve as a residence for family members.

Morton noted that the house is largely hidden from the street by the vegetation surrounding the site.

By the court of Capri

A housing development that the committee had previously approved had to come back after it was rejected by the La Jolla Community Planning Association, but this time CRP members asked the applicant to revise the plans and come back.

The project requires a combined building permit to construct a new 6,219 square foot two-story home at 2382 Via Capri Court, in accordance with a previously approved permit.

The plaintiff’s representative, Karina Diamond, said the previous owners received a coastal development permit in 2014 to redesign the historically designated house that stood on the land, but never completed the project. Instead, the house was illegally demolished.

The current owners want to build the new home as it was designed and approved under the previous permit, Diamond said.

The PRC voted in favor of the project in February during a substantial compliance review (which determines whether a project is sufficiently similar to one with a previously approved permit). But the Community Planning Association voted against the project at its April meeting and recommended that the applicant start from scratch with a new permit.

LJCPA representative Greg Jackson said it seemed inappropriate for the project to come forward for a substantive compliance review as “it could not conform to previous plans because the previous plans involved a structure that no longer exists. . … The objective today is for PRC to consider this as a new structure on vacant land, and if approved on that basis, to pass on this recommendation [to LJCPA].”

So the plaintiff returned to Shores PRC, presenting the project as a new development.

Diamond said the plan included two stories and was only changed to address a “dangerous” sidewalk cut (a ramp descending from the surface of a sidewalk to the surface of an adjacent street) next to the property. However, curb removal was not included in the plan.

The committee expressed concern about a proposed 9-foot north-facing stucco wall near the pool, which members called a “movie screen” in that it appears large enough to project a movie. Emerson said the look of the pool “always concerned me” and the wall added to his concerns. Administrators also wanted to see the removal of the sidewalk cut written into the plan.

The applicant agreed to return at a future meeting.