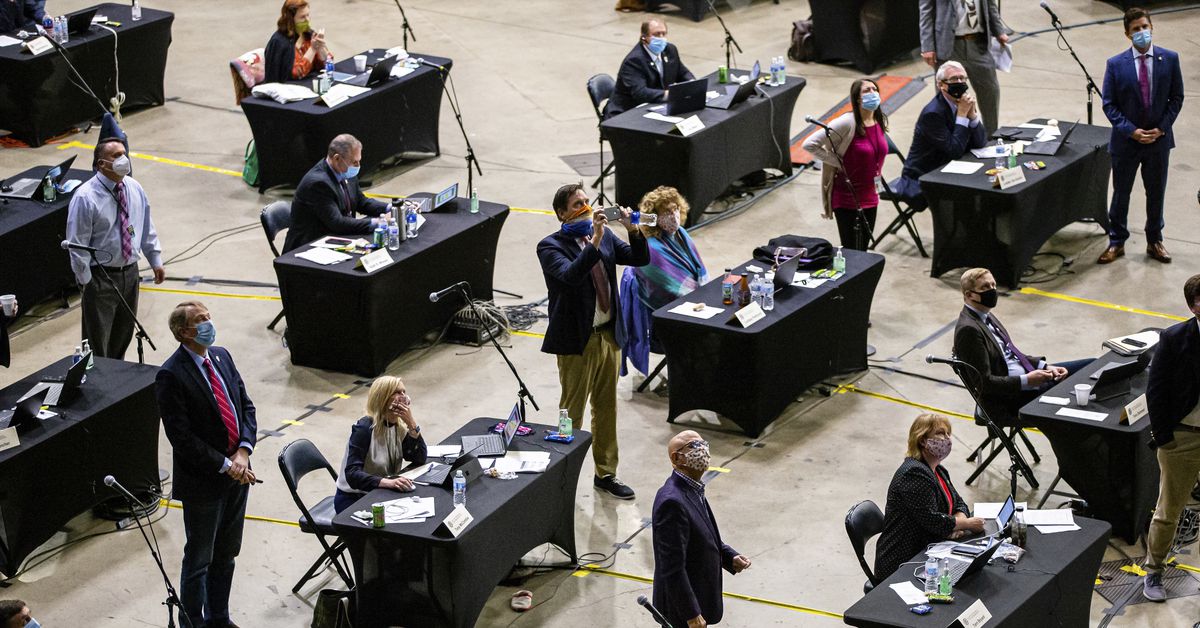 Last week, I asked the spokespersons for the four leaders of the State Legislative Caucus if they considered the Spring Session COVID protocols in their respective chambers to be a success. I didn’t think I would get a newsworthy response, but I did.

Jaclyn Driscoll was a Missouri Statehouse reporter before she was hired this spring as a spokesperson for House Speaker Chris Welch. Driscoll also covered the Illinois Statehouse before moving to Missouri.

Driscoll said there was no mask term in the Republican-controlled Missouri legislature during the pandemic and she was infected.

â€œNot only did I contract COVID, but a lawmaker ended up on a ventilator,â€ Driscoll said. â€œSome lawmakers have even actively and publicly shamed others for wearing masks. “

In contrast, said Driscoll, “it was nice to be around people who were leading with science and common sense” in Illinois. â€œWe’ve seen some people get the virus, but I think with testing protocols we were able to catch it early and stop any substantial spread. Long story short, I was just thankful for feeling safe while resuming my job.

The goal of the House protocols, which relied on a mask warrant, remote hearings, limited access and strong encouragement to get vaccinated, “was to protect everyone while we did important work for the world. ‘State,’ she said. â€œWe were also able to give access to journalists while ensuring their safety, which is crucial to empower our elected officials. “

No epidemic, but limited public information

The Senate was another story. The chamber had a strictly enforced saliva test requirement in addition to its mask mandate, it allowed remote and committee voting, and it blocked access to much of the Statehouse to anyone who did not have a Appointment. Senate Majority Leader Kimberly Lightford immediately knew she had COVID due to the tests, which were carried out at the Stratton office building near the Statehouse. No exceptions were made no matter who you were.

Spokesman for Senate Speaker Don Harmon John Patterson called the session a “resounding success.” He noted that they started the session in January with an opening ceremony “in a mostly empty room” and spent the first few weeks canceling session days.

â€œThe fact that we were able to go back to some semblance of normal shows how successful the protocols have been,â€ Patterson said. The University of Illinois Shield saliva test, which produced results within hours, detected the virus before it could spread. â€œWe haven’t had any outbreaks or cancellations thanks to the protocols. And that, he said, created a work environment where people could rest assured that everyone around them had tested negative. â€œIt allowed people to get back to normal and focus on work. “

Patterson is known for his snark, so the rest of his response came as no surprise. He said there was a “potentially lingering side effect” to the session. â€œThere is anecdotal evidence that the sight of the Stratton building continues to cause increased saliva production. I hope it will fade over time.

Republicans weren’t so charitable with their critics. Here is Republican House Leader Jim Durkin spokesperson Eleni Demertzis: â€œPrior to Phase 5, health and safety protocols were probably helpful in protecting everyone under the dome of COVID-19. Without knowing whether the House Chamber had active or propagated cases, the assessment of the success rate of these security measures is currently under review. “

Indeed, the public never received regular updates on who or how many people might have been infected during the session, although we were told that President Welch’s chief of staff, Jessica Basham , has tested positive. But there is still no evidence to suggest that anyone has fallen seriously ill while working at the Statehouse or that generalized outbreaks have occurred in the house.

Whitney Barnes, spokesperson for Republican Senate Leader Dan McConchie: â€œWe are grateful that there was no epidemic during the spring session. However, we strongly believe that the people of Illinois could have benefited from a more open and transparent legislative process had we simply followed the CDC’s guidance, especially in the last month of the session. “

That’s a good point. For whatever reason, neither chamber attempted to grant more freedom or access to people who acted responsibly by being fully immunized. The universal restrictions have been a constant source of irritation over the past seven weeks of the session for those of us who had received our vaccines.

But, what’s done is done, I guess. Hopefully we never have to do this again.