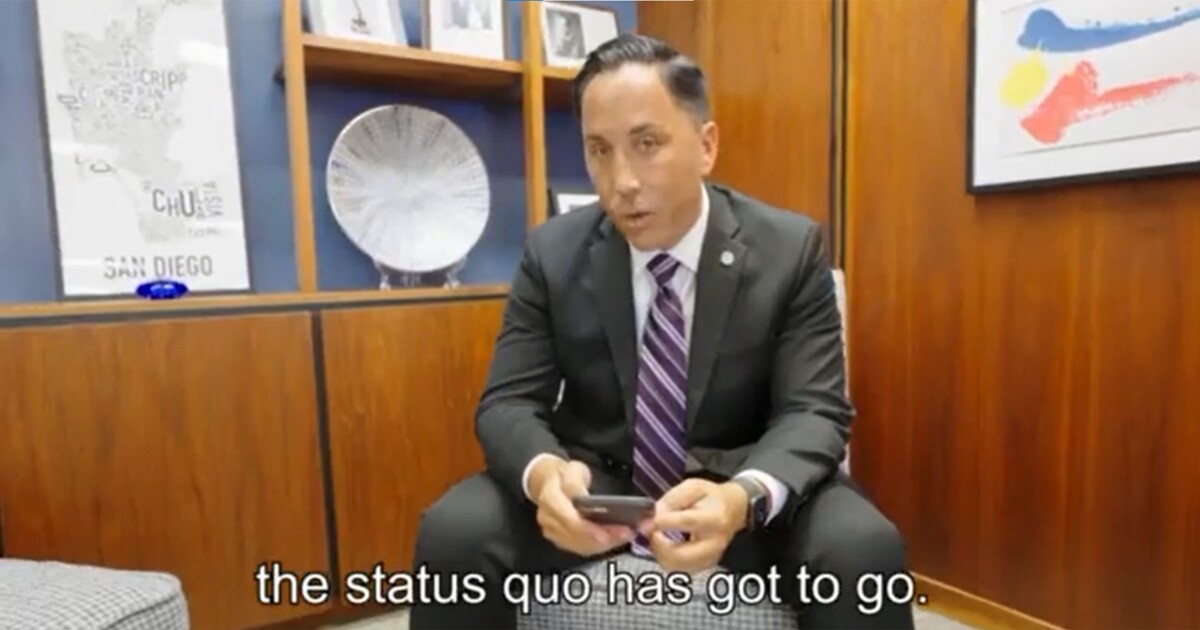 The clip is a parody of Mark Morrison’s â€œReturn of the Mackâ€ in 1996, with lyrics highlighting issues such as homelessness, the sports arena deal and gasoline franchise fees. Gloria and others dance with brooms and plug up lyrics like “Todd Gloria is back, Todd Gloria is back, The Todd Squad, we’re cleaning up his number”, referencing Faulconer.

The Downtown San Diego Partnership created the video for its annual Installation Celebration fundraiser. This is one of the many parody videos that the mayors of San Diego have made over the years.

â€œFor more than seven years, we have loved creating these videos with elected officials who take their work and service to our community seriously, while being willing to take some time to have fun lightly in support of the mission of the Downtown Partnership, â€said Betsy Brennan, president and CEO of the association, in an email Wednesday.

Some people found the video funny, but others weren’t laughing.

Critics on Twitter complained that it was a waste of the city’s resources, even though it was not produced or paid for by the city. Others said the comedy felt disconnected, given the severity of the issues mentioned in the song, such as homelessness.

“I wish he could spend his time on housing and homelessness rather than making silly videos,” said Michael McConnell, an advocate for the homeless.

The video, first shown during the September 22 fundraiser, was posted online but was recently made private on YouTube.

â€œThis is a video I participated in for an event hosted by a local nonprofit that promotes economic development in downtown San Diego,â€ Gloria said in a statement Wednesday. “It’s designed to be a light roast event.”

Faulconer made a similar video on mobility in 2019 for the Downtown San Diego Partnership.