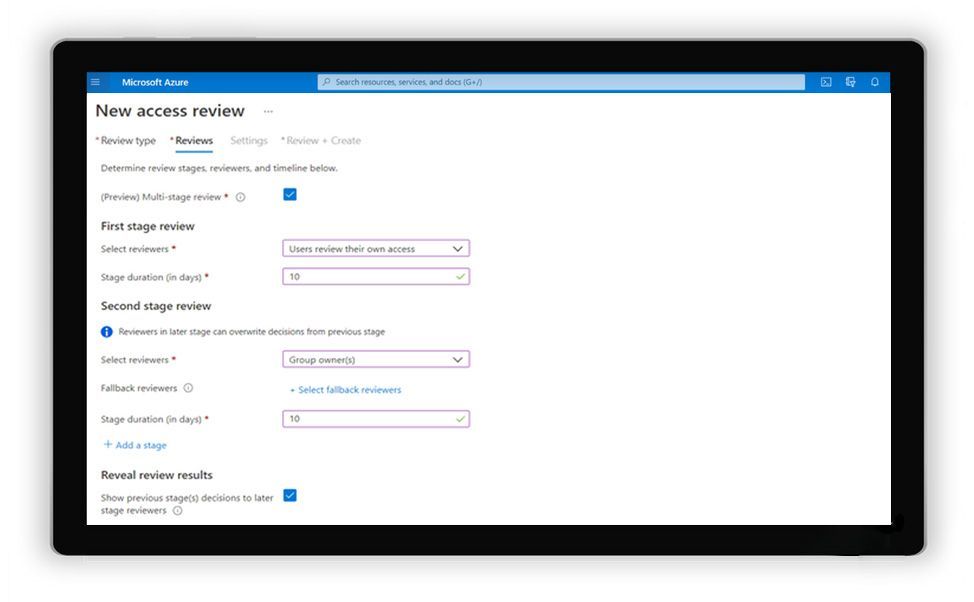 Microsoft is rolling out a new multi-stage review capability for cloud customers. Available in public preview for Azure AD Access Reviews, the feature allows users to create multi-stage reviews that work in sequence, each with its individual reviewers and configurations.

According to Microsoft, the new capability can also give organizations tools to enable complex workflows to meet auditing and certification requirements. Tools include the ability to call reviewers to assess workflows in order or to create clearer review settings.

With multi-stage review tools in Azure AD Access Reviews, auditors and resource managers will be able to work more efficiently without being accountable for all decisions. In a blog post announcing the feature, Microsoft states the following:

“Previously, you could artificially create multiple, disjointed reviews to accomplish the same goal, but now, with multi-stage reviews, it all happens within the context of a single review.”

Tip of the day: Due to the various issues that arise with microphones, it may often be necessary to perform a mic test. Microsoft’s operating system doesn’t make it particularly intuitive to listen to microphone playback or microphone playback through speakers. In our tutorial, we show you how to hear yourself on the microphone in just a few clicks.