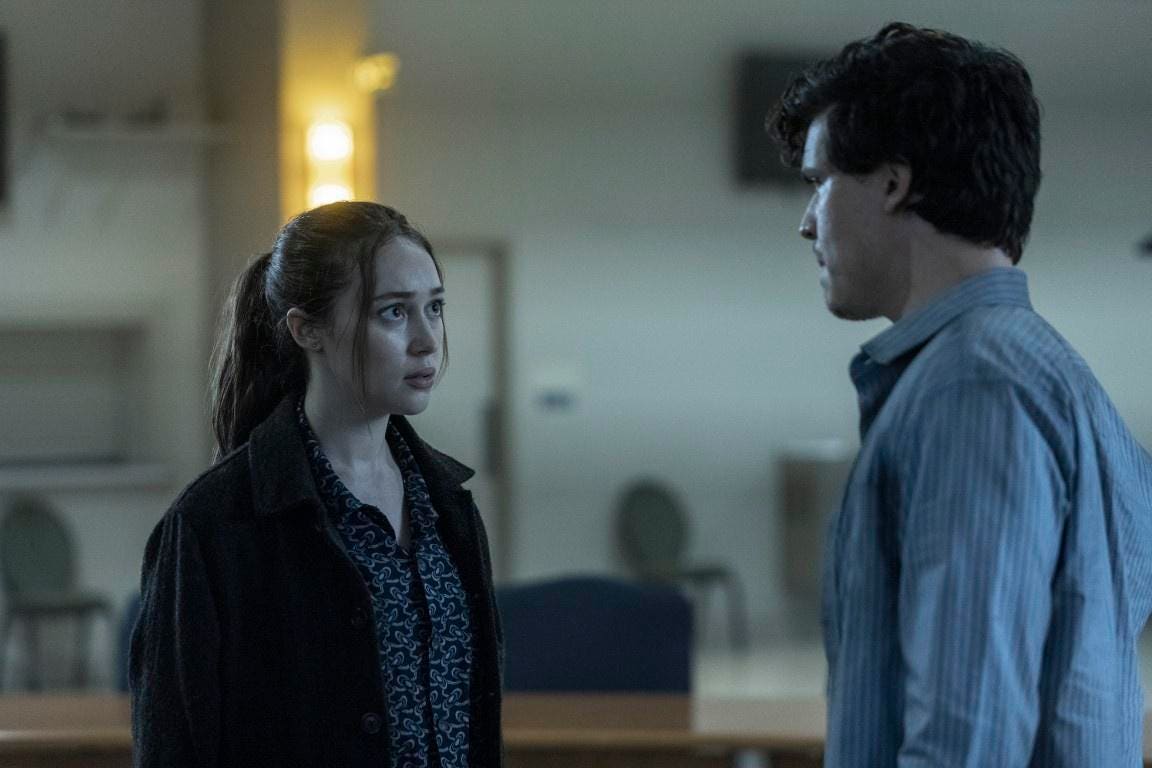 Review of season 7, episode 8 of “Fear The Walking Dead”: an atrocious mid-season finale

Before lying down Fear the living dead Season 7 mid-season finale, before I take out the knives, I must pay homage to what is due.

Alycia Debnam-Carey does a great job with what she donated. She’s a talented actress who barely had a screen moment this season and now that she finally has her own episode (but only one and is changing!), She’s brought her A-game. Well done.

Last season’s half-baked villain Teddy, for reasons we’ll never understand, took Alicia to the bunker he set up for his people, then left her locked inside for him to do. can go up and fire his missiles and get killed by his own stupid plan.

She discovers that she is not alone. All of Teddy’s people are there and they greet her as the chosen one. “Teddy told us you would come guide us!” They tell him, but why he would do that and why they would follow a complete stranger who doesn’t even want to be there is beyond me.

She tries to escape and meets Will who we met in the first episode of the season. Will ended up getting thrown from the tower by a weirdly murderous Strand because, uh, Strand didn’t want Alicia to find him (although he still put a giant beacon on top of the tower and did lights on in all windows).

In any case, Alicia and Will try to escape and things take a turn for the worse. Alicia is bitten and uses her strange pipe gun to cut off her arm in order to prevent the infection from spreading. Outside of Al’s SWAT van, the stupid pipe is the dumbest weapon on this show and I don’t think you can actually cut an arm with it.

She makes Will promise that if she turns around, he will put her down and not let her hurt anyone. When she wakes up in bed later with her arm bandaged, she is inexplicably angry with Will in spite of himself. . . do nothing wrong.

She didn’t turn around, she didn’t hurt anyone, so he didn’t kill her. Why would she want him to kill her if she doesn’t turn around? Why even bother enduring the excruciating pain of sawing your arm in the first place? She had a fever, but Will clearly made the right choice and expected to see if she would turn around before leaving her.

Corn Fears the writers want us to believe that Alicia would suddenly become irrationally angry, go into a dizzy spell, and essentially make poor Will feel so bad that he leaves the bunker entirely, though he’s never left it even once. times since the start of the apocalypse.

So it’s boring and just another out of character moment for one of the OG characters.

Will leaves her a letter apologizing for “breaking his promise” – which, dear readers, remember, was to kill her if she had a fever!

We also know from the first episode that Will was in love with Alicia, but this episode does next to nothing to establish that level of bond between them. They have a few scenes together and then he leaves. That’s it.

Looking for Padre in all the wrong places

In the current timeline Alicia wants Morgan to help her find Padre, what we discover is a secret government facility they learned about in the bunker. Will’s people were led by a US senator who had all of this classified information. They were all, for one man, massacred by Teddy’s people (except Will who managed to hide). The Zombified Senator was kept as an ornament and executioner of sorts.

In the present, Alicia uses the Zombie Senator to lead her to Padre. Her people, the scavengers she leads, are the ancient cult of Teddy who previously only ran around and murdered everyone. I’m not sure why she would want to bring them to a place where they could do it all over again, but okay Fear the living dead. OK.

Either way, Morgan is probably at his most reasonable level in a long time this episode, echoing what we all think: We don’t know if Padre is real but we’re pretty sure the zombies can’t get you. lead to places because they are no longer living beings.

The people of Strand chase after them and Strand himself shows up at one point. He’s shocked to find Alicia and begs her to work together because, uh, I guess now he wants her help although he doesn’t want it before or something. It all makes sense.

At one point, Senator Zombie bites her arm, but she is not worried. That’s when we have the flashback of his arm sawing and realize that his current arm, from elbow to fingers, is a prosthesis. Fairly easy to come in and set up in the apocalypse.

We learn a little later that she is still infected and that there is no way to save her. She is fair. . . I had a minor zombie infection or something. They spin you much slower. Weeks or even months! Not your typical zombie infection that changes you in a matter of hours. They don’t just do bullshit as they go.

The Zombie Senator does not lead them to Padre but to the Tower (which might as well be Padre – it’s a safe place for people to go that won’t let anyone in, usefully preventing a repeat of what happened. passed in the bunker to Will’s people!)

Looks like she and Morgan might just accept his offer when she sees a zombified will. Now, Will could have died in several ways. Zombies could have had it, for example. He was a total noob, having lived in relative safety in the bunker instead of being in the thick of the action.

But she jumps straight to the conclusion that it was Strand. Now of course he was Strand so she’s not wrong, but Strand is someone she’s spent years with. He’s pretty much her oldest friend alive at this point. How are we supposed to believe that she would jump to the worst possible conclusion about a man she cares about? It’s such horrid writing and characterization it’s painful to watch.

“You took so much from me,” she said angrily. “And now I’m going to take something from you. “

“I don’t want to do this with you, Alicia,” Strand said.

“It’s too late for that! ” she says. “I’m taking the one thing that matters most to you. I take this tower!

God what nonsense. The one thing Strand cares about the most is Strand. Not a tower. “I’ll protect him if I have to” is almost a bad laugh, made hardly less embarrassing by the line that follows.

So the next eight episodes will be another drawn-out battle, this time between a dying Alicia and her allies on the Sub (a great place to hide!) And Strand in the Tower. Maybe they’re just preparing for the death of the two characters. Colman Domingo and Alycia Debnam-Carey can’t really want to stay on this burning ship any longer.

Bad. Very bad. Very, very bad television. Worst show I have seen all year round from afar. Then again, this is usually the worst show I watch in any given year. Season 6 was much better, however. It’s really down, almost to the horror level of Season 5. I can’t understand why it’s still on the air, and why the people responsible for its ruin are still in charge.