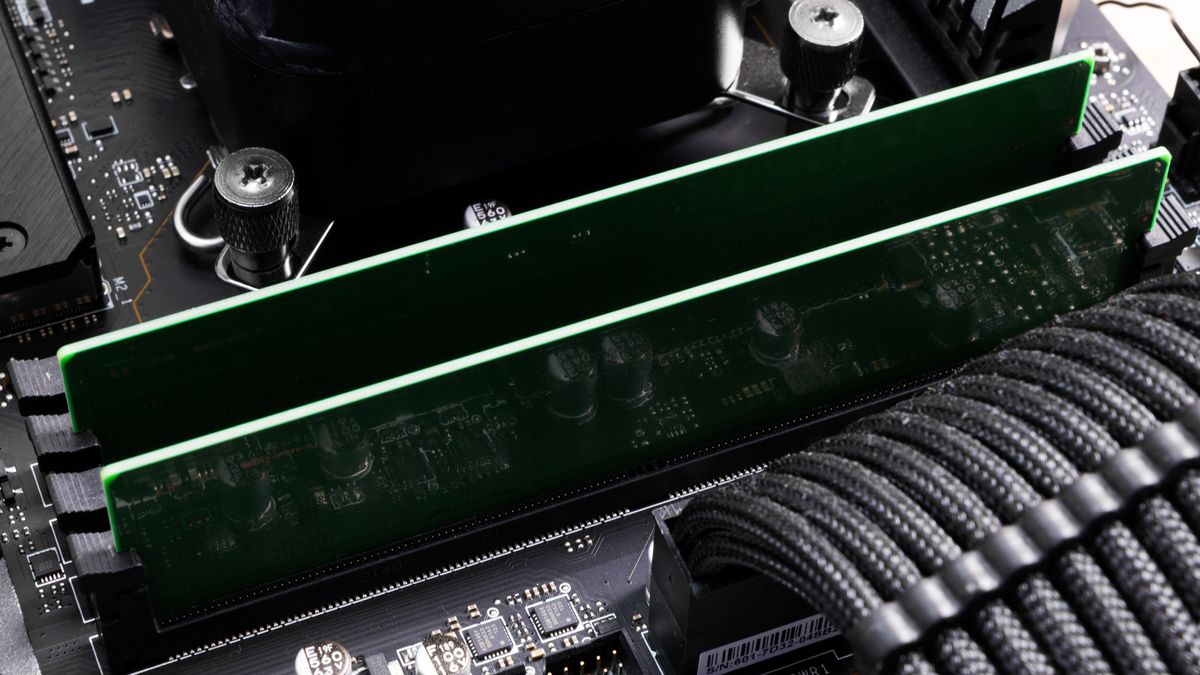 There are so many memory vendors out there that it’s impossible to count them all with just two hands. Additionally, some computer brands that did not initially sell memory have also ventured into the business. However, very few vendors manufacture their integrated circuits (ICs) and source the essential ingredient from the big three, such as Micron, SK hynix or Samsung.

According to Statista, Samsung has been the top DRAM manufacturer for ten years. In Q3 2021, the South Korean giant garnered a 44% market share, with SK hynix and Micron trailing at 27% and 22%, respectively. Today, Samsung manufactures many different integrated circuits. specifically, the company’s B-die ICs have long been favorites of enthusiasts and overclockers due to their ability to reach fairly high frequencies with very tight timings. So there were no words to express the excitement when news broke that Samsung would be bringing the legendary B-die to DDR5 memory, which certainly needs it due to the very loose timelines.

Nowadays, consumers place more importance on the aesthetics of hardware. Samsung’s DDR5-4800 memory modules are as old as it gets. They feature a simple green PCB with no RGB pizzazz or heat sink. That’s okay since OEMs are the target market for these memory modules, where they probably won’t see the light of day. Enthusiasts, however, may find it difficult to fit the memory modules into their systems from a cosmetic standpoint. The generic, green PCB will struggle to blend into any system, no matter how you look at it. On the bright side, the memory modules are only 31.15mm (1.23 inches) tall, so you won’t have to worry about clearance space if you have a large CPU air cooler.

The memory module has a single-rank design with a capacity of 16GB. Samsung does not currently offer these as a memory kit, so we paired two memory modules for a dual-channel configuration. The memory modules carry Samsung’s K4RAH086VB-BCQK (B-die) ICs, so there are high overclocking aspirations. However, we were surprised that Samsung used Renesas for the power management integrated circuit (PMIC), given that the South Korean manufacturer manufactures its own DDR5 PMICs. The P8911 PMIC (P8911-Y0B001GR-2130KQ) is in charge of voltage regulation.

Samsung’s memory meets the JEDEC baseline for DDR5. There is no need for XMP 3.0 profiles as the default memory modules are DDR5-4800. The timings on them are 40-39-39-76. The memory requires 1.1V to operate, so putting a heat sink on it is a waste unless you overclock it. See our PC Memory 101 feature and How to Buy RAM article for more on timing and frequency considerations.

Our Windows 11 install, benchmarking software, and games are stored on Crucial’s MX500 SSDs, while the RM650x powers our entire system with needed juice. Finally, the open Streacom BC1 table houses all our equipment.

Samsung DDR5-4800 memory showed its best performance in the Adobe Premiere benchmark, coming in the middle of the pack. However, aside from this reference, the memory was always in the lower positions of the graphs.

There is always a potential risk of damage when using hardware outside of the manufacturer’s specifications. This is the standard caveat with overclocking any hardware, not just memory.

Samsung told us that the company does not guarantee an overclocking voltage for its ICs. The absolute maximum DC of the drain voltage is 1.4 V.

We increased the DRAM voltage to 1.4V to upgrade the memory from DDR5-4800 to DDR5-5800 with a DRAM voltage of 1.4V. Unfortunately, we were only able to obtain the DDR5-4800 memory kit from Crucial to DDR5-5400 under the same voltage. Samsung’s B-die memory was overclocked higher and complied with better timings (36-36-36-76), a testament to Samsung’s B-die ICs.

For enthusiasts who don’t want to push the frequency envelope, there is also headroom for tighter timings. However, we don’t see the point of using DDR5-4800. Nevertheless, the memory performed well with its timings at 34-35-35-69 when we set a DRAM voltage of 1.4V in the motherboard firmware.

Samsung’s DDR5-4800 C40 memory module sells for $153.26 at Newegg. It is important to emphasize that these are consumer prices, not IT prices. A dual-channel setup will set you back $306.52. The price of DDR5 always fluctuates, but DDR5-4800 32GB (2x16GB) memory kits currently start at $273.99, so the Samsung memory kit is moderately more expensive. But if you want to get your hands on a “cheap” B-die for overclocking, these memory modules are the way to go.