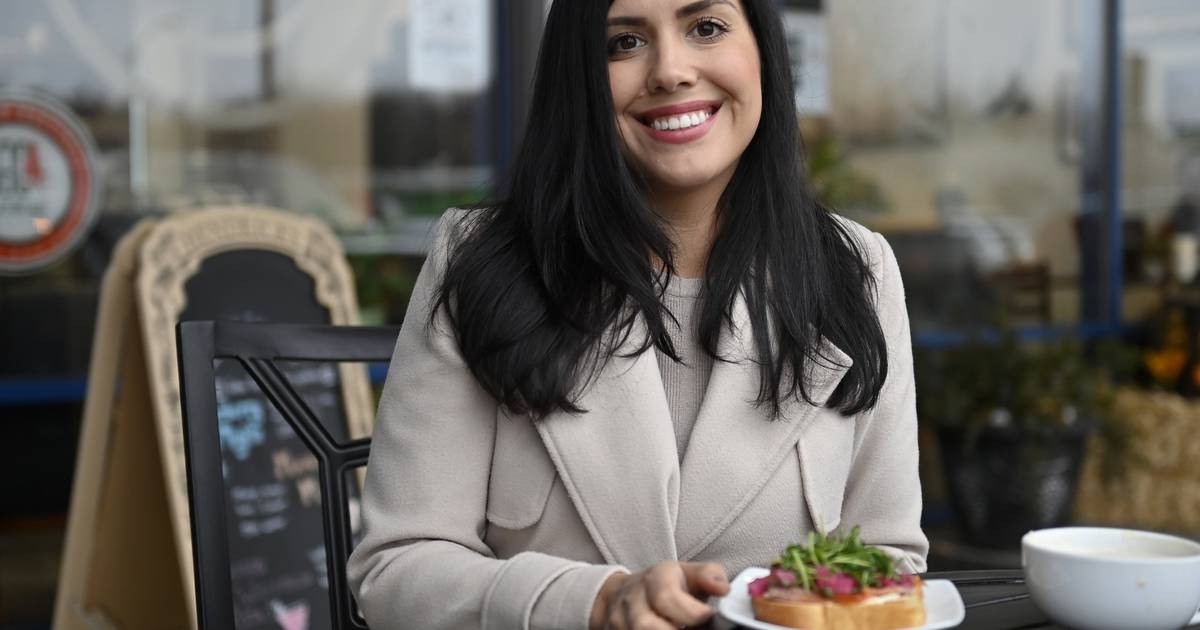 Alaskans who started businesses during the COVID-19 pandemic say they have been rewarded with personal satisfaction they never got from their 9 to 5 job. Many say they will not be coming back.

A woman from Anchorage started a microgreens business in a garage after her job didn’t give her the flexibility she wanted. Another started a clothing store after seeing friends start their own businesses.

A man from Anchorage pursued three business ideas. Only one remained, but he doubled his income from his work in the company.

Nationally, the United States is experiencing an entrepreneurial surge unprecedented since the tech boom of the 1990s, said Kenan Fikri, research director for the Economic Innovation Group in Washington, DC

It is fueled by rising household wealth and changing life priorities, after millions of Americans were laid off from their jobs during the pandemic, experts say.

[‘In survival mode’: Faced with labor shortages and high COVID-19 cases, many Anchorage businesses still fear for their survival]

There are also signs of strong business start-ups in Alaska, where the economic recovery is lagging behind most other states. But state economists say more study is needed to determine if this is really happening.

Businesses and organizations that help small businesses get started say they have seen increased interest from entrepreneurs.

Lawyer Andrew Mitton provides legal services to small businesses. He said he had seen more people start new ones during the pandemic. Part of that was driven by the state’s decision to waive the business license fee, he said.

“And then I think it’s the pandemic that’s just forcing people to look at their lives and say, ‘We’re going to make changes here,'” he said. “And maybe the business that they’ve always wanted to start they decide to do, whether it’s a side business or a full-time business.”

At the start of the pandemic, the state of Alaska waived business license fees in an effort to help stabilize the economy. The creation of business licenses flourished. More than 26,000 were created in the fiscal year that ended in June, thousands more than in previous years, according to state records.

But not all business licenses lead to active businesses. Economic watchers say they are monitoring this and other data to get a sense of what’s going on in the economy.

Seth Stetson from Anchorage created three business licenses after being put on leave from work in March 2020.

The former marketing director of Kaladi Brothers Coffee and related companies has said he has to make ends meet, with three daughters and school fees looming.

A chemical cleaning business that Stetson tried to start never really got off the ground. A grocery delivery business lasted a short time.

So Stetson came back to what he knew. He launched Orange Slice Marketing last summer. It now has three employees, including a business partner.

“I effectively doubled my salary compared to what I was earning, with no income cap,” he said. “And I have the ability to hire people, give back to the community, and help other businesses.”

He plans to work for himself as long as possible.

“I always thought that security was in a good salaried position with benefits, then I realized that someone had my livelihood in their hands and I don’t want that anymore,” he said. he declares. “I realized that the security we have is what we do for ourselves.”

An increase in the number of employers

The number of employers registered with the state to pay employee payroll taxes is also on the rise. State economists say they are trying to better understand these numbers.

More than 21,000 employer units registered in Alaska in the first half of this year, according to Neal Fried, an economist with the Alaska Department of Labor and Workforce Development.

“It’s hard to say why this happened,” Fried said. “Is this a burst of entrepreneurial activity? “

One possibility is that some employers with different physical locations or operations have simply changed the way they report their information, as they sometimes do, he said.

It is counterintuitive to think that more businesses are being created than before the pandemic, because so many people remain out of work, said Rob Kreiger, a labor economist in Alaska.

“There are a lot of questions,” Kreiger said.

But he said people starting their own businesses and not returning to work could help explain part of the labor shortage.

[‘Burnout city’: The labor shortage has dragged on, and Alaska workers and business owners are exhausted]

Looking for a change

New business owners interviewed for this article often said they wanted something different in life.

She had just quit her job as an accountant in a law firm.

She was working from home during the pandemic. Away from the hustle and bustle of the office, she had time to think about her future, she said. She had seen some of her friends go into entrepreneurship and decided it was her turn.

“My job wasn’t bad, I just knew I wanted more,” she said. “There are so many people, perhaps because of the pandemic, who have started to focus on job growth.”

[America’s unemployed are sending a message: They’ll go back to work when they feel safe – and well compensated]012

Amber Rochon started her own microgreens business this winter, in the garage of a business partner she has since bought out. Little Flower grows young leaves of broccoli, peas and other vegetables to add to salads, burgers and other meals.

She was pregnant with her third child last year, when she quit her job at a home improvement company in Anchorage. They couldn’t give her the flexibility she wanted, she said. It was the first days of the pandemic, and she feared she was pregnant and getting sick.

“Since then, it’s been really great,” she said.

Sales at farmers’ markets have been so good this year that she is looking for commercial space to expand, she said.

Former US Army Soldier Gabriel King said he left a stable job in May as a federal firefighter in Fort Wainwright, near Fairbanks, to pursue his passion full-time. He now runs Gabriel King Photography.

But he quickly got work photographing weddings delayed by a pandemic and school portraits in villages.

He works harder than he did as a firefighter. But he’s getting more with every minute, he said.

“No one told me when when you start a small business you will invest so much time and effort in it, but things can grow exponentially,” he said. “When I left my job in Fort Wainwright, I was like, ‘Okay, I might have one or two marriages this month and the bills will be tight.’ But it took off right away. It was exponential and large-scale growth.

[Many Alaska businesses weren’t expected to survive the pandemic. Aid is helping most pull through, but impacts linger.]

Unable to take a long family vacation during the pandemic, Doug Franklin said he had accumulated enough savings to quit his longtime job as GCI’s chief information officer in October.

“I have had a great career with GCI,” Franklin said. “I loved the people there, it was just time for me to do something else.”

He said he wanted to make a positive difference in the world. He and his 28-year-old son Max started an air quality detection business in Anchorage, Airhounds.

They want to become the Yelp of indoor air quality reviews, with an online platform where citizen scientists can publish data on the air quality in businesses, using small sensors. carbon dioxide.

“We also want companies to publish their own data, to promote the security of their business,” Franklin said.

Franklin said the money he saved gave him the confidence to start the business.

“When it’s gone, if I can’t make money some other way, I’ll join the workforce,” he said.