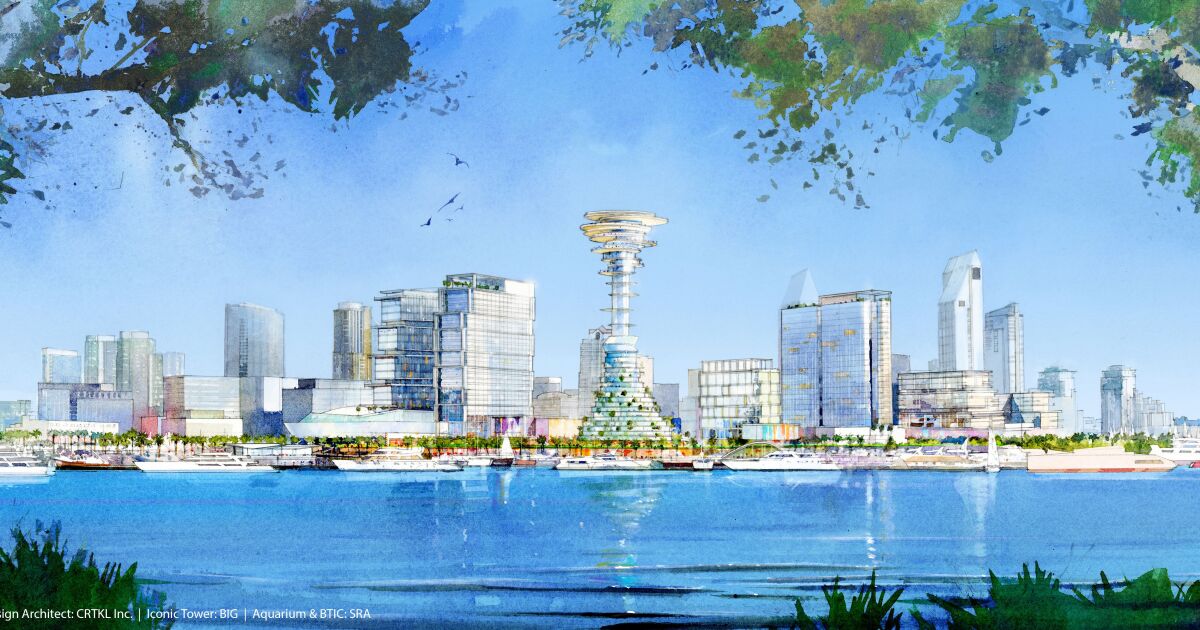 On a perfect day in San Diego, tourists can be seen basking in the sun in the Seaport Village area, but change is coming to the San Diego waterfront.

The Port of San Diego on Tuesday reviewed a $3.5 billion plan to redevelop the downtown waterfront, which includes Seaport Village and two nearby parks. This is the first time the public has had the opportunity to comment on the redevelopment.

News of the plan did not sit well with Mike Ismail, owner of Alamo Flags, who has been in business in Seaport Village since 1990.

“It’s the wrong decision because it’s like – Seaport Village is like a landmark,” Ismail said. “It’s a nice area for families. And they see the bay and they walk around and they have fun. It’s a relaxed atmosphere. I don’t really agree with that [change].”

The redevelopment would change the atmosphere of the seaside mall, according to Ismail.

“I think it’s a great idea. It’s time,” Tavakoli said. “The soil needs a little work, all those tree roots are ruining the structure of the soil.”

Under the proposed plan, the existing Seaport Village would be demolished for new hotels, restaurants, art exhibition space and a yacht club. There are also plans for a 500-foot tower with observation decks, an aquarium, and other public spaces.

The project will be transformational, according to Yuhodi “Gaf” Gaffen, CEO of Protea Waterfront Development. He added that it is a priority that the small businesses that make up the character of Seaport Village can stay and be part of the new waterfront.

“We made a commitment to them that anyone who wants to stay can stay,” Gaffen said. “We will be staggering our project to be able to provide business continuity for them. We realize that a small business cannot close and reopen a few years later.

The plan has the support of the San Diego City Council, Mayor Todd Gloria, the regional chamber of commerce, among others.

This is an ongoing process and Tuesday’s meeting gave the Harbor Commissioners an opportunity to step in and propose the necessary changes.

A final decision on the plan won’t happen for some time.